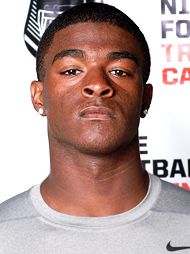 Ole Miss freshman hopeful WR Sammie Epps was arrested last week for pot.  As reported by the Clarion Ledger, Epps was held at the Laffayette County Detention Center, booked on the marijuana charge and also driving without a license. Just wanted to say two things  A: why the fuck are you driving without a license, even in never-go-over-30mph’s Oxford town and B: why didn’t you eat that shit dude! Always munch on your nugs when you see the red and blue behind you!  Epps was reportedly dressed out for practice the following Monday.  The Rebels open their season against Boise State Tonight at 7pm Eastern in the Georgia Dome.