Auburn Has a Pretty Sweet Mural In Their Complex 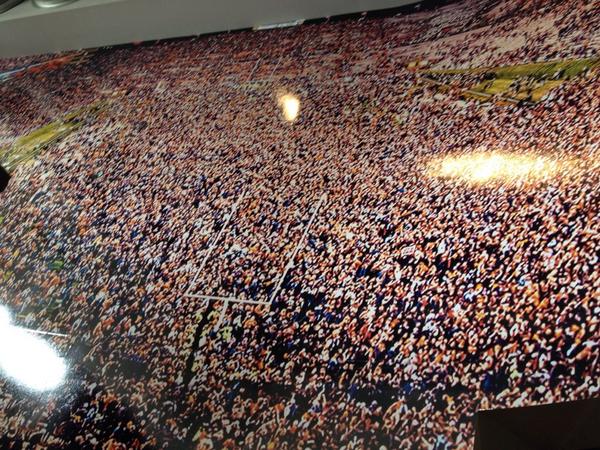 How do you NOT put this up in your facilities if your Auburn? Fans Storming the Field after last years Iron Bowl 109 yd Field Goal Return. Pretty bad ass picture, I must say so myself. Probably will go down as the most memorable play in this era. Especially because of the significance of the game. BUCK FAMA!!

Fan friendly: A little perspective, if you will, of the new Iron Bowl crowd shot in the Auburn Athletic Complex. pic.twitter.com/TYanGNrNA2

These all happen in 3’s right? Who’s the next 2 to kick the bucket? Please let it be Justin Bieber!!!

1. Good Will Hunting – Best Role He’s Ever Had

2. Aladdin – Perfect Voice for the Genie

3. Good Morning Vietnam – Put him on the map

5. One Hour Photo – Creepy as fuck

5th in the East: TENNESSEE VOLUNTEERS

I’ve been saying it, Butch Jones has got UT moving in the right direction. And with the recruits they have committed and current underclassman the future will come fast. But Vol fans better not set expectations too high this year. A 500 season is what you are looking at and that is not what Rocky Top is used to. Tough Shit though. With the fucking nightmare roller coaster Tennessee has been on post Fulmer, 500 is okay. UT has a crazy tough schedule too. UT is also in the exact same situation at QB this year as they were last year. Worley will probably get the nod but neither him nor Dobbs took the job over last year. And to make matters a little worse, they nearly have entirely new Offensive and Defensive Lines. Hell, the worse UT plays, the less we have to hear Lame ass Rocky Top. That shit is the WORST, so I hope you Suck.

Any team that loses 3 1st Rounders to the NFL, will struggle. Especially when those 3 players include the best thing to ever happen to A&M in Johnny Football, A beast of a WR in Mike Evans, and Another starting Left Tackle in Matthews. A&M has capitalized on the Johnny Football hype and brought in some talented recruits. One of which, Kyle Allen, is looking to replace JFF. The Aggies need their Defense to do a 180 from last year because they fucking Sucked. The 12th Man won’t have nearly as much to get hard on’s over this season. Texas A&M is definitely going to have a down year in trying to rebuild post Johnny Football. Oh and everybody needs to remember the name Speedy Noil, his highlights are below.

Peyton and Eli are back at it again, straight murdering the rap game. I’d rather listen to them than half the shit out there right now. Fantasy, Fantasy, Football Fantasy!!! Eli is a fucking stiff though. Damn he’s just awkward. Got a CJ2K and Broadway Joe cameo too.

As for this Fantasy Football channel, I don’t really give a fuck. Nothing beats the RedZone Channel, PERIOD!!