Gurley for Heisman…Start the Campaign!!!

Okay Dawg fans. I know it, you know it, the whole fucking Country knows it. Todd Gurley is the best player in the College Football. Sure these spread Quarterbacks put up record breaking numbers every game but that’s how the game has evolved. TG3 is playing in a pro style offense with a below average Quarterback and not just dominating every game…but every time he gets his hands on the ball. He is the most feared player the country because of his grown ass man size, game breaking speed, and birds eye vision coming out of the backfield. There have been very few Running Backs with his all around make up and talent.

With that being said…coming from a 32 year old UGA fan he is the best thing I’ve seen in the Red and Black in my lifetime. The Generation before me has a National Championship and a Heisman Trophy winner. Unfortunately, my Dawgs haven’t quite accomplished what they did in ’80. But as for right now, we have Todd Gurley. Let’s help him win the Heisman because HE IS THE BEST PLAYER IN THE COUNTRY.

Auburn Fans Will Never Quit Trolling Bama…And I Love It 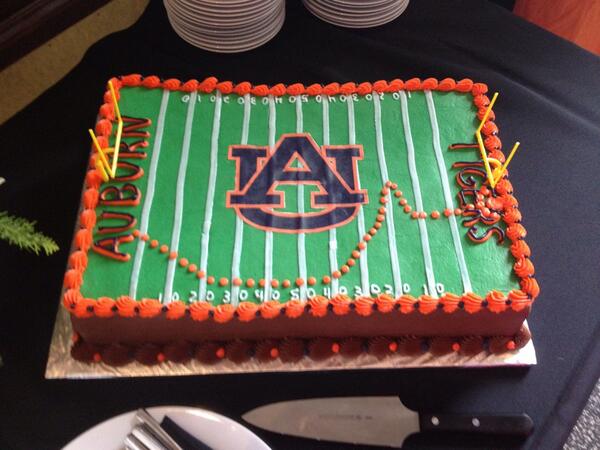 If in 20 years Auburn fans are still trolling the shit out of Alabama about the 0:01 play, I’ll be ok with it. I mean why they fuck not? This play will eat at Alabama fans for eternity. It’s by far the craziest ending to any football game and it happened in one of the most hated rivalries in sports. I think Auburn should have the play on loop for the entire game everytime Bama comes to Jordan-Hare. Milk that shit. TROLL ON AUBURN, TROLL ON!!

Oh and Auburn fans, get your “Bama, Got a Second?” Shirts here.

Email Quantity and Size to BadGrammarSports@gmail.com

Get ’em here 1st Dawg Fans. Lets get this campaign started. We know it and everyone else in the country knows it, we have the baddest Running Back in the country