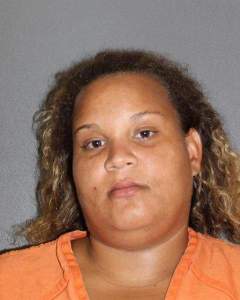 A woman caught stealing at a DeLand, Florida Walmart handed the merchandise to the employees who stopped her…but then walked out, leaving her two small children behind! (Note: DeLand is the hometown of Chipper Jones).

According to the Daytona Beach News Journal, 26-year-old Rebecca Stoltz was arrested and charged with child abuse, neglect of a child and first-degree petty theft.

After refusing to cooperate with loss prevention officers, Stoltz handed over the $44 worth of stolen goods, and then left in a silver Nissan car without the children. A “friend” later stopped by and tried to pick up the kids, who were reportedly crying inside the store. Stoltz eventually returned and was arrested at the store.

On the bright side, at least she got a few hours of free daycare out of the deal.